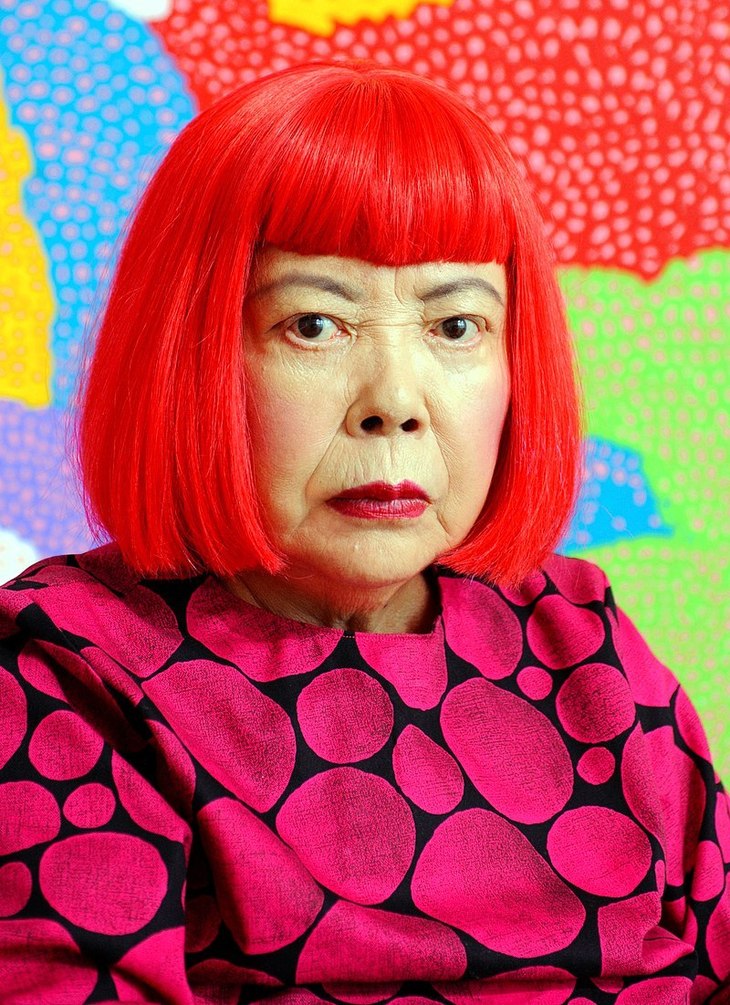 Famed for her instagrammable artworks and almost instantly recognisable from her bright-red wig, we take a closer look at the captivating life and career of the astonishing Japanese artist Yayoi Kusama. 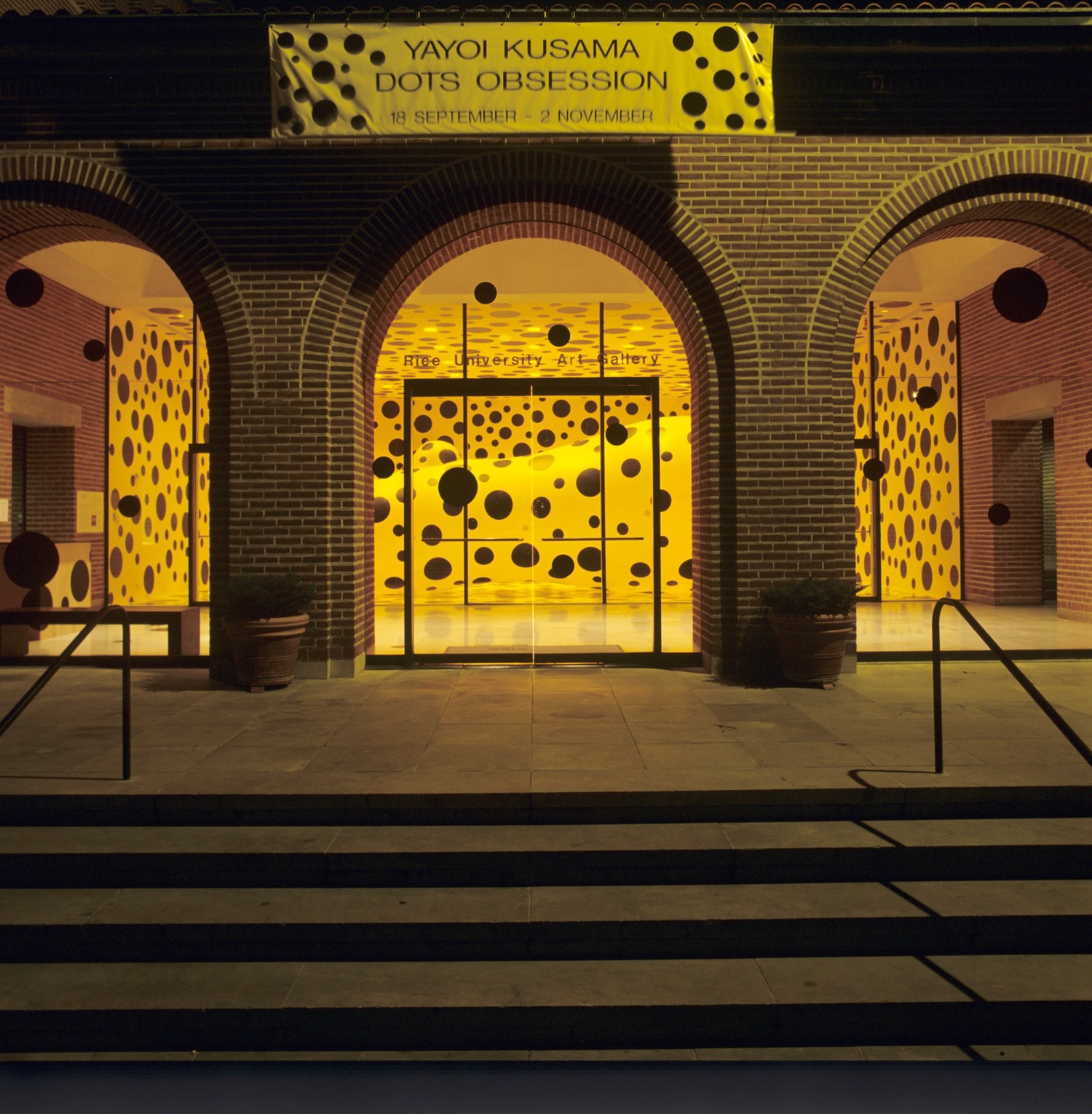 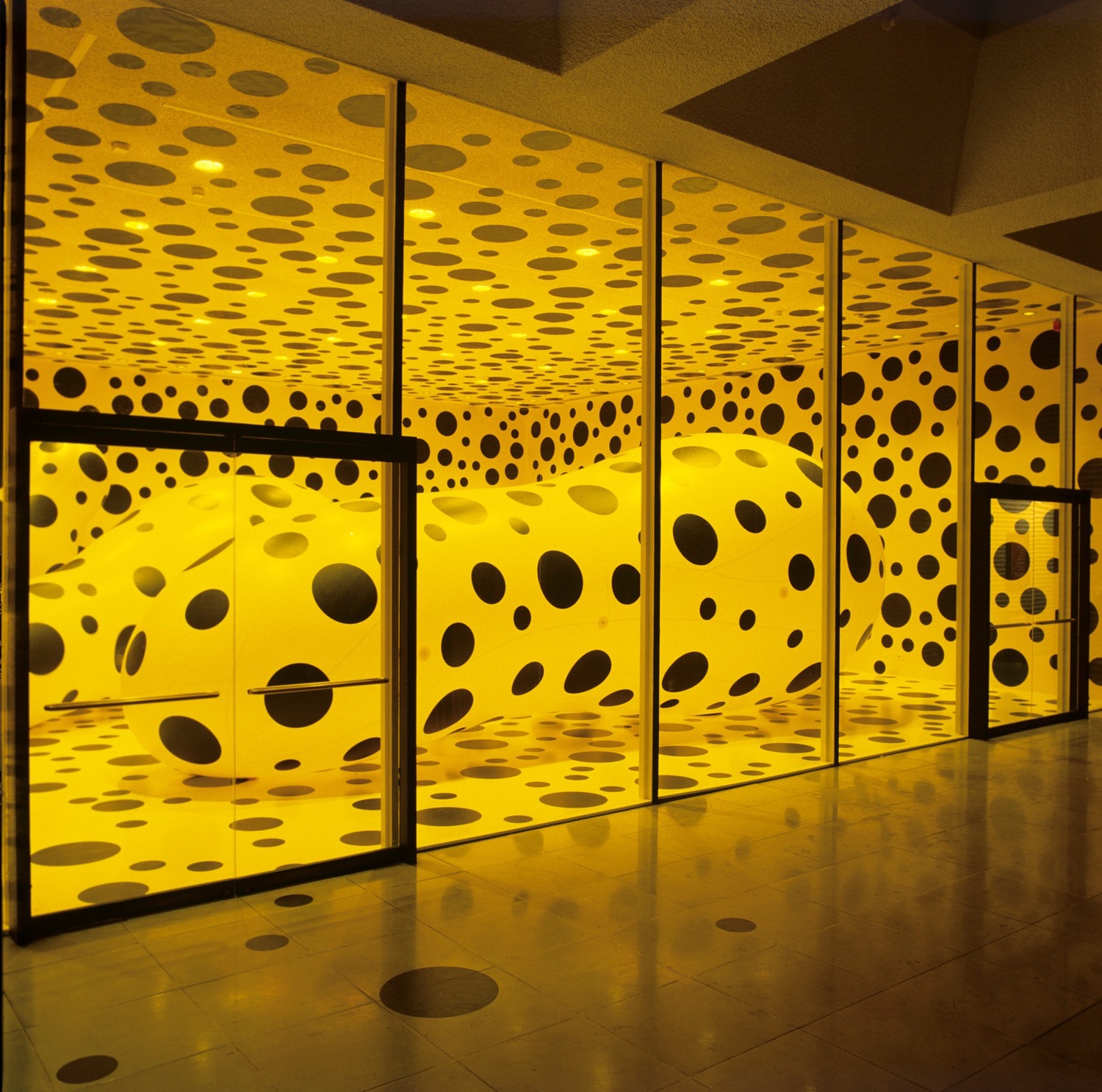 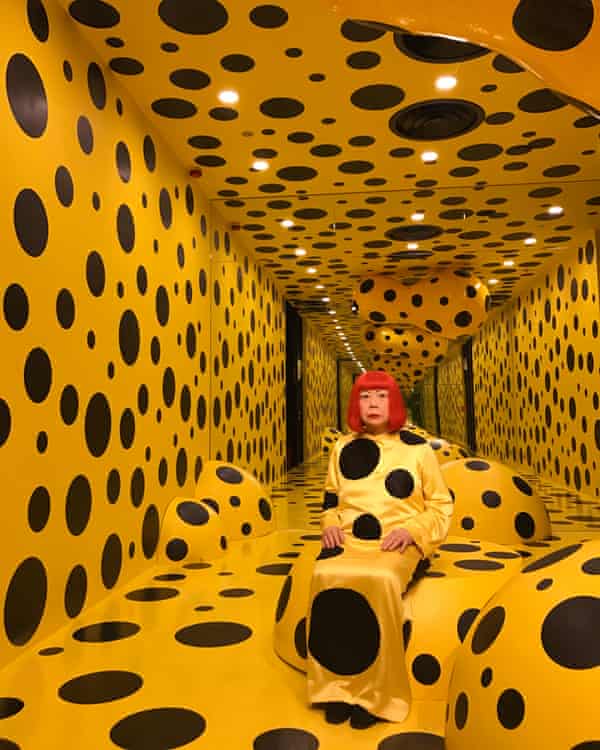 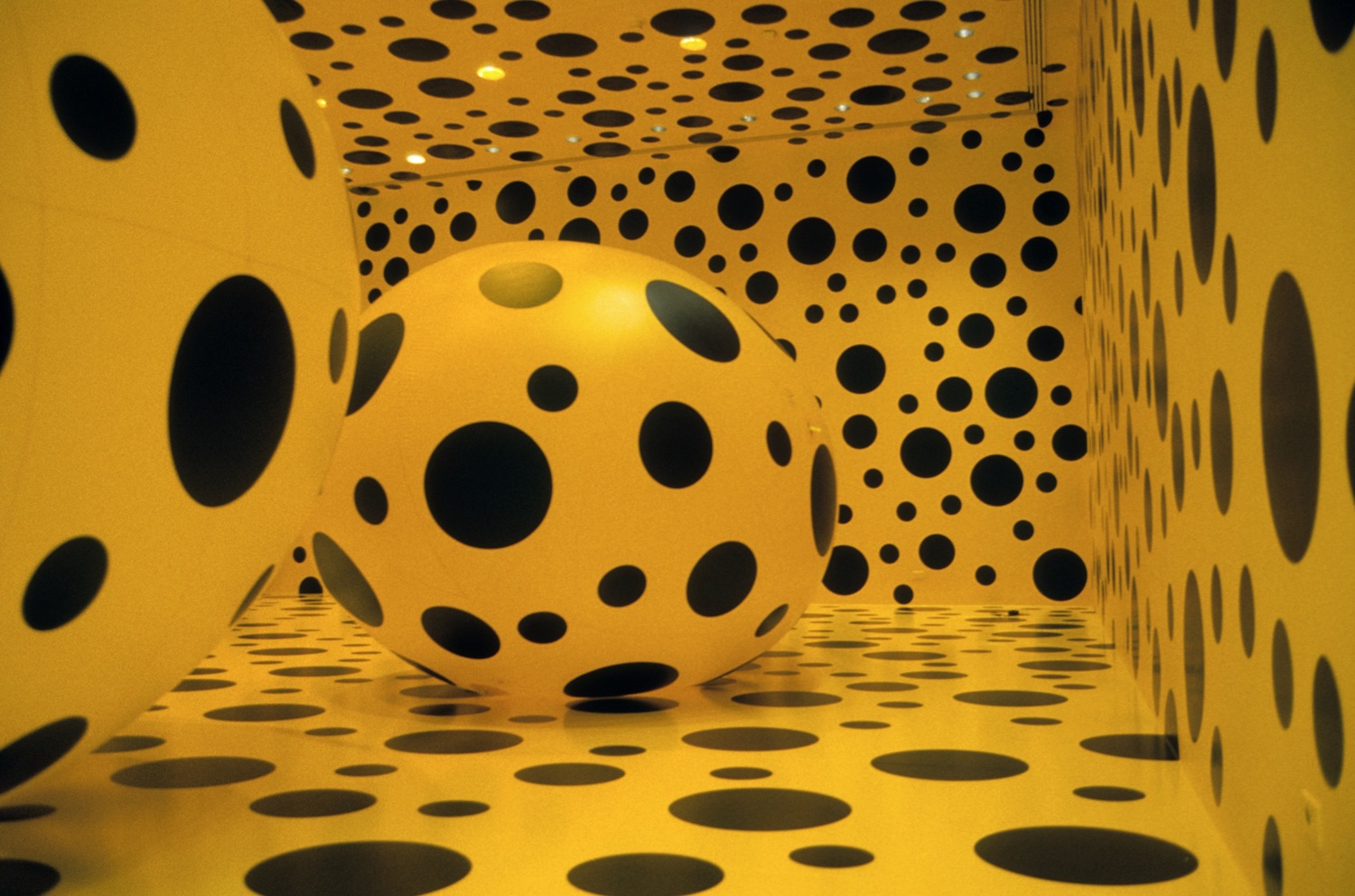 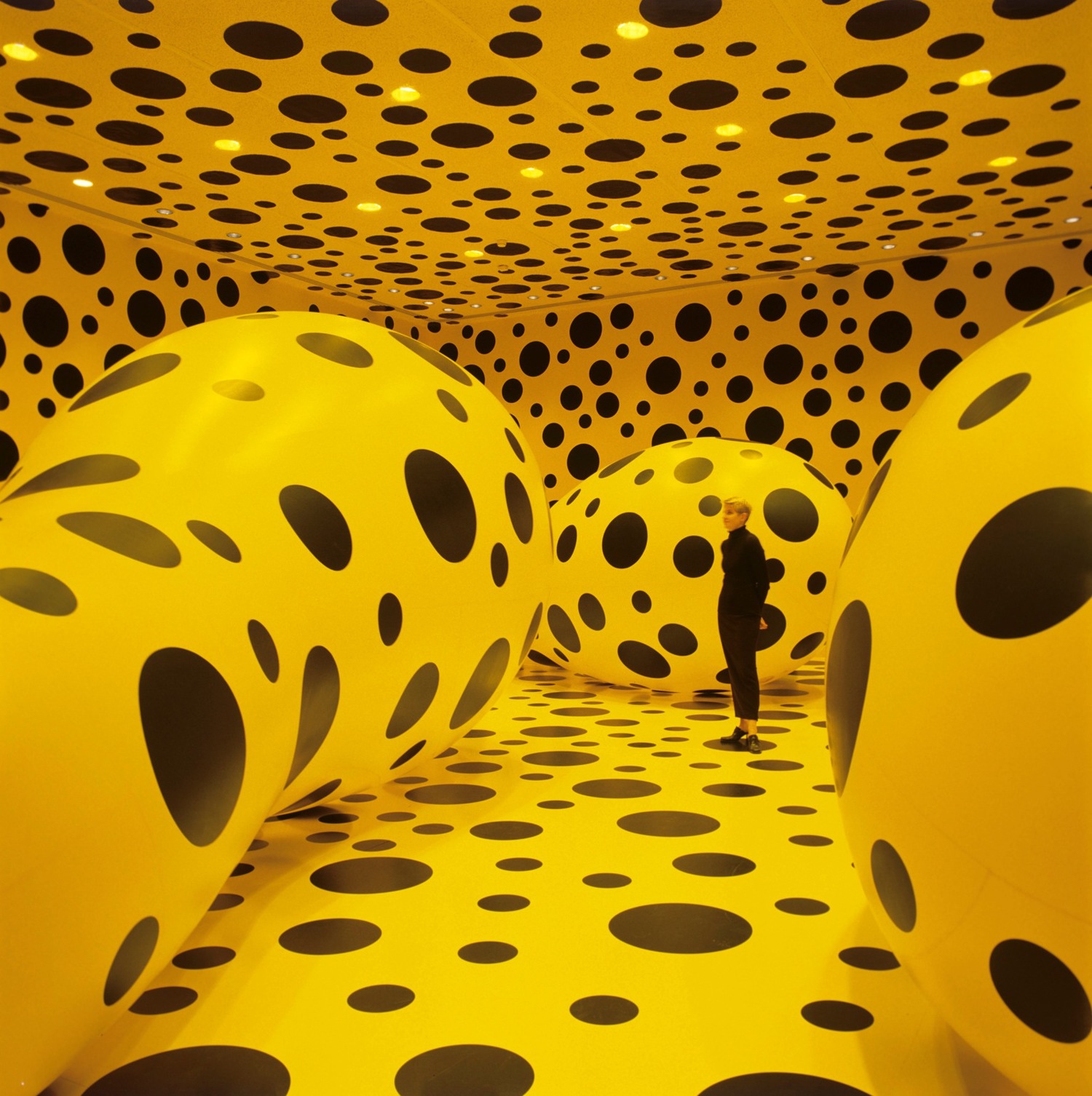 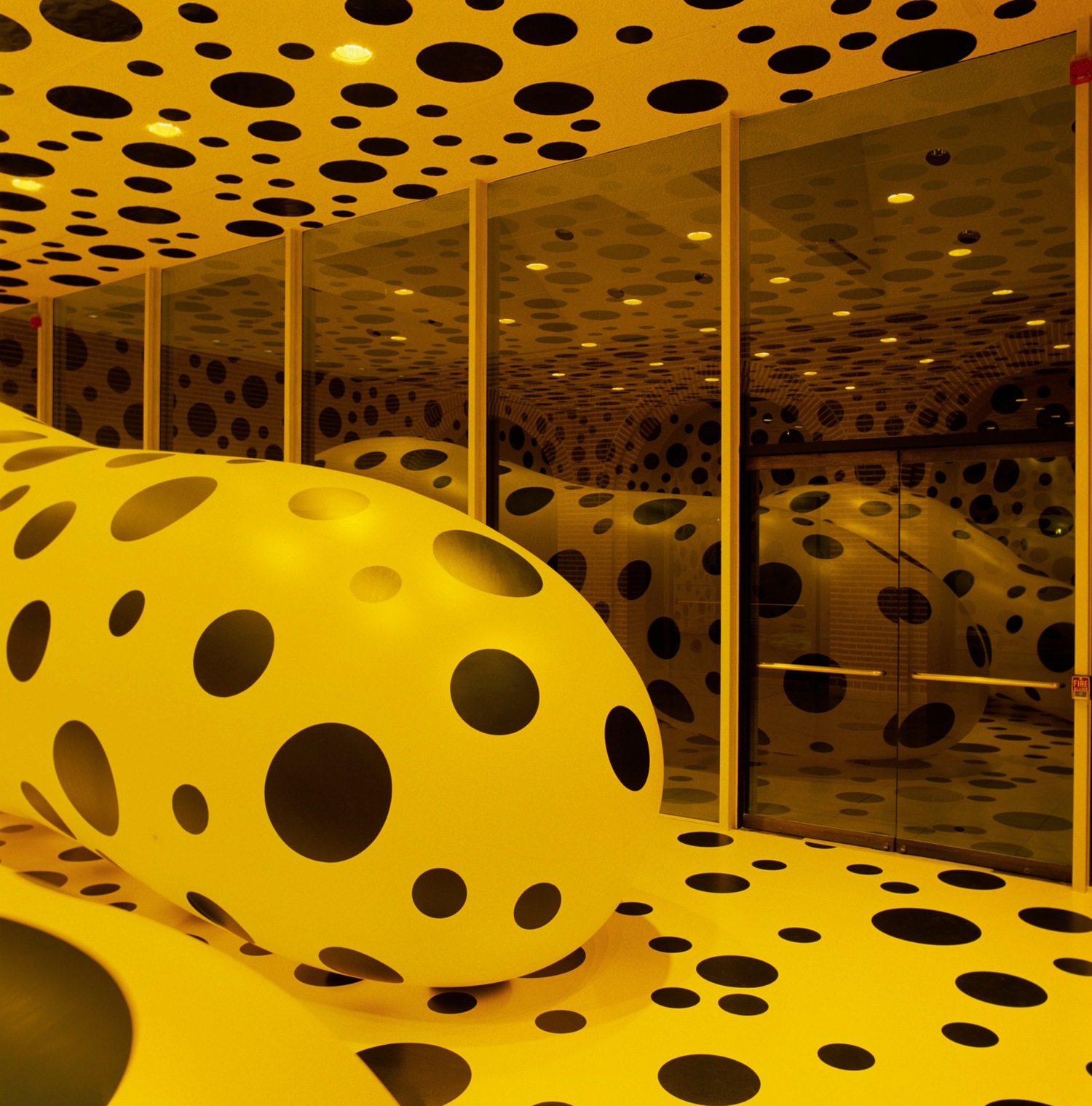 At 90 years old, Yayoi Kusama is the biggest-selling female artist in the world. Born in 1929 in a rural provincial town of Matsumoto, Japan, she had a very traditional, structured and wealthy family, but Yayoi was determined to be a painter. Knowing she would not be accepted for the life she wanted to live, she had to overcome childhood trauma, prejudice and mental illness before reaching glory on the world stage. Kusama makes various types of art including paintings, installations, sculptures and performance art. All sharing one common theme, DOTS!

You may have noticed Kusama has an obsessive creative drive, after all, who could commit to dots for a lifetime? This may stem from her sadly abrupt upbringing. It involves sensitive memories from her parent's infidelities, frequent confiscations of her art utensils, and the simple fact that Kusama was expected to follow the same old fashioned traditions as the women before her - which she did not desire to be at all.

The young and aspiring Japanese artist faced many barriers in her time, not only from outsiders accepting her but also from a very traditional society in Japan that didn't put female artists on a pedestal. So, she sought guidance from another kindred spirit, one of her greatest admirations – Georgia O'Keeffe. She wrote to her and said, 'I'm only on the first step of the long, difficult life of being a painter. Will you kindly show me the way?'. Desperate for guidance, the response she got back was one she had anticipated, O'Keeffe warned her that 'in this country an artist has a hard time making a living but nevertheless advised Yayoi to come to America and showcase her work as much as she could.

With nothing left to lose, the soon to be up and coming artist courageously took the advice and moved to New York to seek freedom and fame abroad. She lived there between 1958-1975. Yayoi once said, 'America is really the country that raised me'.

Also referred to as the princess of polka dots, people are always fascinated as to why her artwork displays excessive amounts of dots. Yayoi explains her episodes of visual hallucinations often involved a flower garden that could communicate with her. The head of the flowers, as she could see, appeared as dots. These freakish memories influenced most of her later work, as it made her feel as if she was 'self-obliterating' into this field of endless dots.

Yayoi extravagantly immerses dots in her paintings, drawings, clothes and objects to become a part of a bigger universe. She said, 'Our earth is only one polka dot among a million stars in the cosmos. Polka dots are a way to infinity. When we obliterate nature and our bodies with polka dots, we become part of the unity of our environment'.

She describes her work as 'art medicine' and thinks it would be impossible to separate her artwork from her mental health. She now lives voluntarily in a psychiatric asylum in Tokyo, which has been her home since 1977.

Infinity Nets won her first international critical acclaim in New York shortly after she arrived in the 1960s, which originated from her visual hallucinations at the time. She immediately transferred the ideas onto a canvas and tried to recreate the experience for others. Yayoi's paintings are unique and extraordinary; you can't just merely look at her paintings, you have to immerse yourself within them.

Yayoi made a conscious effort to concentrate on every detail in the painting to ensure that all marks are distinct. She transfixes the viewer's gaze with her full attention, connecting us in the paintings rhythmic pulse. Her style is to cover the entire surface of the canvas and later floors, walls, ceilings and objects within a room. Yayoi became an essential figure to the development of installation art.

The artist has a fantastic career, to say the least, which continues to thrive to this day. She is a major force internationally, even going on to represent Japan in the 1966 and 1993 Venice Biennales. The exhibition was a roaring success and led to a massive transformation in how she was perceived in Japan, the society that once shunned her artistic ambitions, now embraces her with open arms. Her work has been showcased around the world, gaining increasing recognition. The supportive environment she lives in has allowed Kusama to continue to transform her trauma into the redemptive power of art.

Throughout her fifty-year career, Yayoi's work has been exhibited in numerous museums, including Los Angeles County Museum of Art, The National Museum of Modern Art,Tokyo, Museum of Modern Art, New York, Walker Art Center, Minneapolis, CentrePompidou, Paris and Museo Centro de Arte, Madrid. According to Christie's, she was also the subject of a major international retrospective that was organised by Tate Modern, London, which then travelled to the Whitney Museum of American Art, New York.

Her art is an exemplary symbol of shifting cultural perspectives and a demonstration on how tradition should never box us in. Yayoi is a pioneer of her time, not only as a female Asian artist but as someone who is not afraid to wear her heart on her sleeve. Despite the ever-present stigma’s surrounding mental health, particularly within Japanese culture, she bares all with a refreshing candid nature.

'Our earth is only one polka dot among a million stars in the cosmos. Polka dots are a way to infinity. When we obliterate nature and our bodies with polka dots, we become part of the unity of our environment' 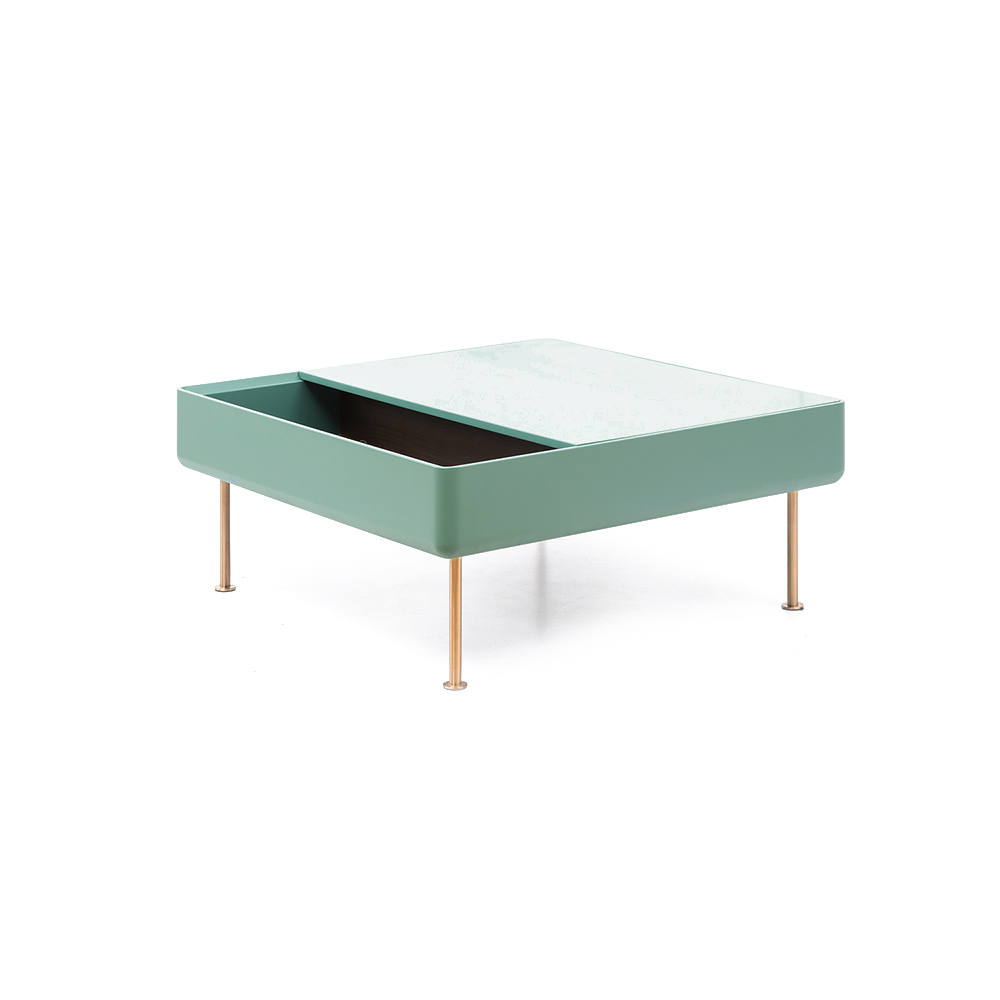 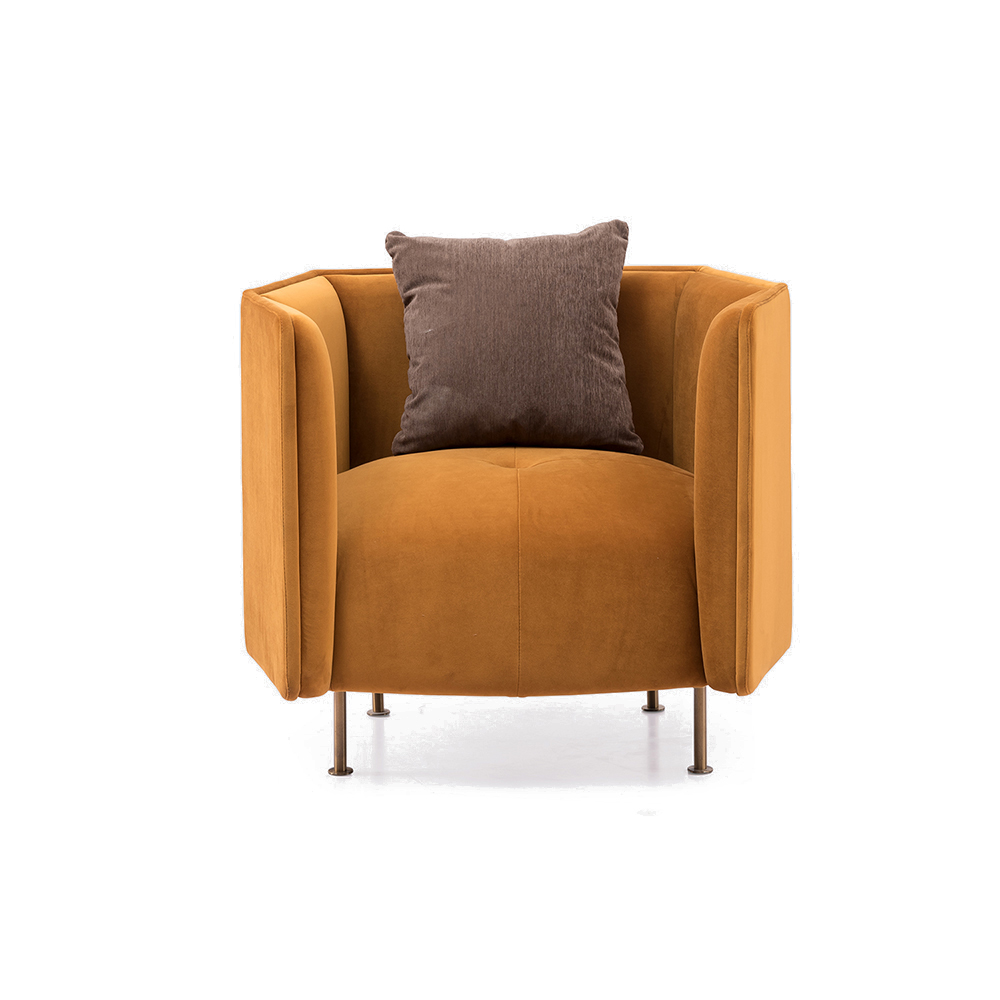 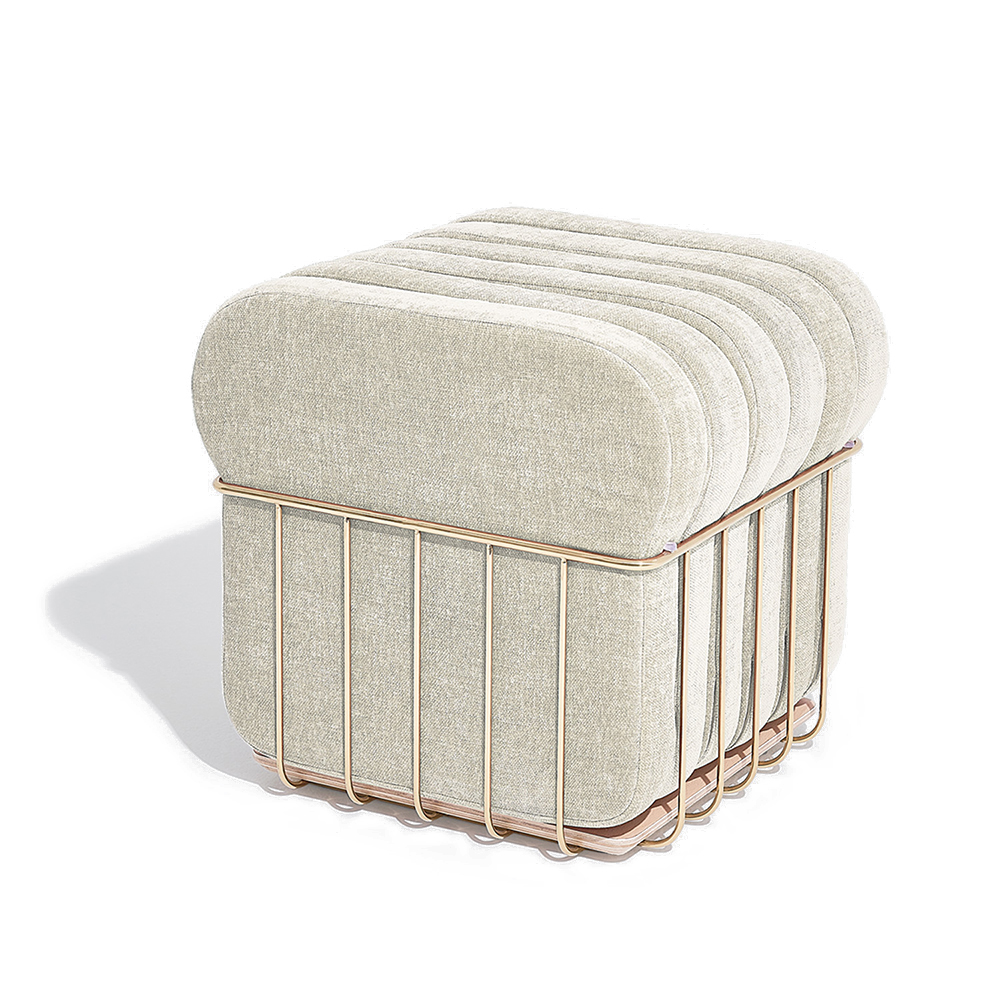 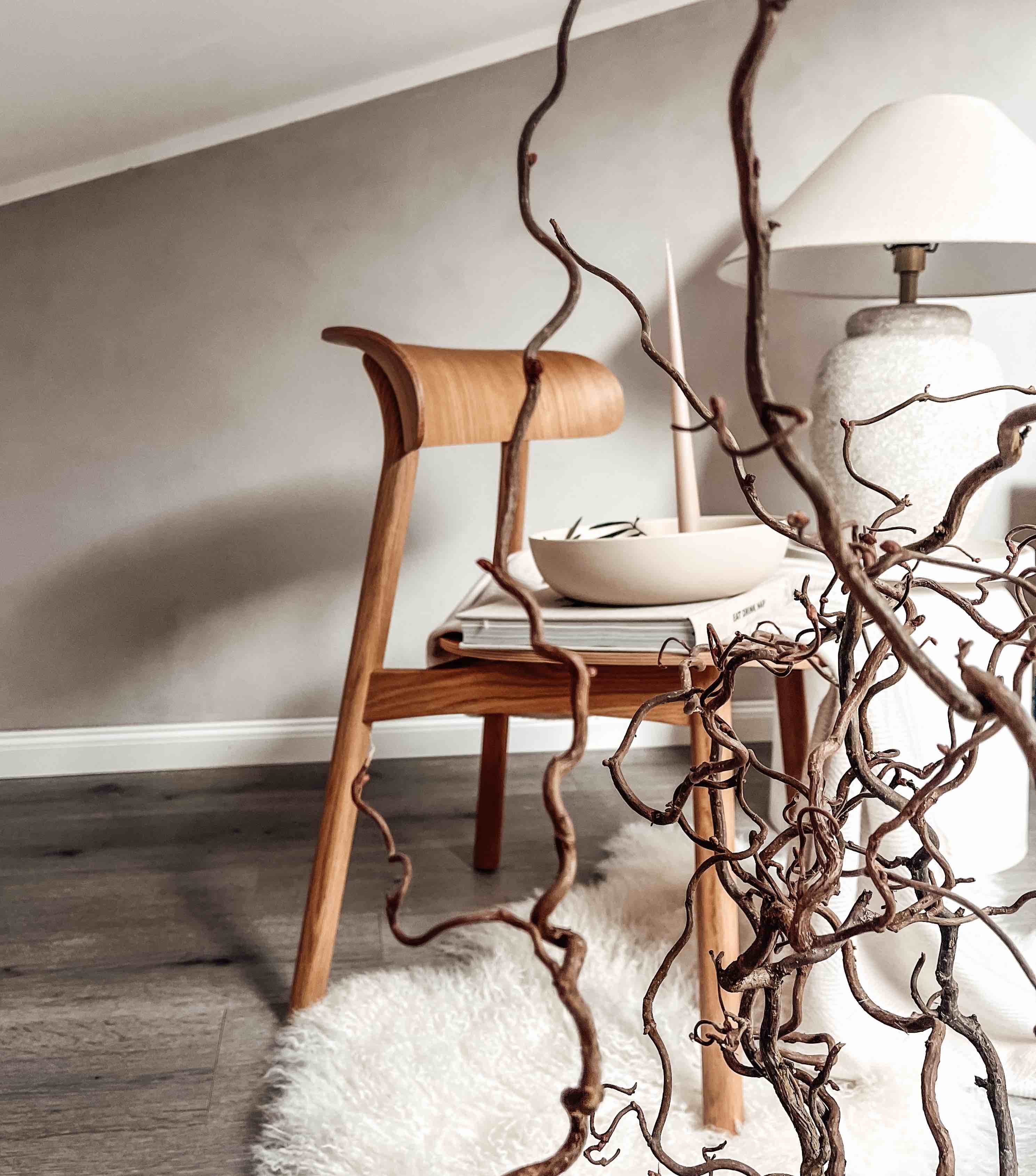